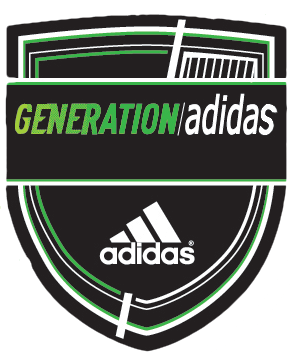 generation adidas international was really hatched over 30 years ago when, at the age of fifteen, I was one of a few American soccer players to have the unique opportunity to train at an English Premier League professional youth academy. Training during the summer of 1980 at Aston Villa FC Academy was a defining moment in not only my development as a soccer player, but also my growth as a person. That summer was truly an experience of a lifetime and the true catalyst to what is now the “adidas International Training Program”. In 2002, I partnered with the world’s greatest soccer brand and launched generation adidas international. At that time, I knew that with the partnership and commitment of adidas America to grassroots soccer we could become a leader in the world of international youth development. A decade later, my original vision has proven to be true – there is an insatiable desire in the players, coaches and parents of America to expose their children to the best that our sport has to offer and who share our passion for the beautiful game.

In 2008, I partnered with two individuals that also shared this same vision and enthusiasm for international youth development. Both German Arguelles and Nacho Sanchez had started a very similar company named eSoccer, based out of Madrid, Spain. German and Nacho each had the opportunity to play collegiate soccer and coach youth soccer in the United States during the 90s. They founded eSoccer as an opportunity to give back and show their American friends the professionalism and passion that existed in their native country of Spain. German and Nacho are the best partners I could possibly have imagined.

As we continue to build the programs stewardship, I am pleased to report that almost 70% of our trip members each year are repeat travelers or direct referrals from past program members – that’s a tremendous endorsement of the quality of our trips. We are extremely grateful for such loyalty, and we will continue to work hard to earn your support. generation adidas international is a soccer company run by soccer people. Advised by some of the world’s top academy directors, our expertise in soccer and travel logistics will ensure a smooth trip. The quality and credentialing standards we maintain provide parents and coaches with the necessary assurances that their children will be safe and well cared for while overseas. We are proud and excited that you have chosen us and our hope is that every player, coach, and parent that participates in one of our unique trips will have the same positive, life-changing experience that I had over 30 years ago while training at the youth academy of Aston Villa FC.
Our Best,

The 2022 UEFA European Women's Football Championship, commonly referred to as UEFA Women's Euro 2022, will be the 13th edition of the UEFA Women's Championship, the quadrennial international football championship organised by UEFA for the women's national teams of Europe. It will be the second edition since it was expanded to 16 teams. The final tournament will be hosted by England and was originally scheduled to take place in summer 2021. However, following the COVID-19 pandemic in Europe and subsequent postponements of the 2020 Summer Olympics and UEFA Euro 2020 to summer 2021, the tournament was rescheduled and will take place from 6 to 31 July 2022. England last hosted the tournament in 2005, the last edition featuring eight teams.

England will be the host team, the Netherlands will be the defending champions, and Northern Ireland will participate in a UEFA Women's Euro competition for the first time.

The final will take place at Wembley Stadium in London.

“I love watching the different coaching styles, I can pick up new things that I can bring back to the U.S. and put into my training sessions. Just being able to see where the top players in the world are able to train and compete I think is fantastic.”